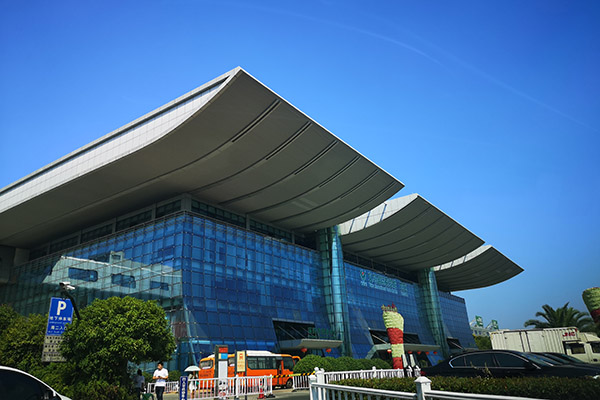 For Yiwu market guide: Yiwu market Located in Yiwu City, Zhejiang Province,around 150Km to Ningbo port and province capital of Hangzhou city,  250KM to Shanghai city, it is in t he east side of China,  Yiwu China International Trade Mart was founded in 1982. It now boasts a business area of more than 5.5 million square meters, in which there are over 210,000 various employees and 95,000 operating booths where about 1.8 million kinds of individual goods in 26 categories are on sale, attracting over 210,000 visitors on a daily basis. In the year of 2012, the transaction volume of the International Trade Mart has reached 58.003 billion yuan, topping a variety of domestic specialized markets for 22 years in a row. It’s an internationalcirculation, information and exhibition center for small commodities, called bythe United Nations, the World Bank, Morgan Stanley and other authorities as “the world’s largest wholesale marketfor small commodities”. In 2017, China Commodities City’s volume of business was122.6 billion Yuan, remained ahead of other large specialized markets in China.

Yiwu China Commodities Cityis one of China’slargest export bases for small commodities. At present, Yiwu market has tradecontact with more than 200 nations and regions worldwide, 65% of which isexport-oriented. More than 13,000 foreign businessmen reside in Yiwupermanently. The Ministry of Foreign Affairs, China Telecom and otherorganizations have set up Purchasing Information Centers in Yiwu. Malls forcommodities imported from over 100 nations and regions have been set up in themarket, selling over 80,000 kinds of imported commodities. An internationalmodel as “buygoods worldwide and sell goods worldwide” has been preliminarily formed.

In April 2013, eightgovernment departments, including the Ministry of Commerce, jointly issued anofficial document and agreed to try the new mode of trade called “open market purchase” in Yiwu. The implementationnot only has made the export of small commodities “controllable, fast andtraceable” in thenew normalcy of foreign trade development, but also has played a decisive rolein promoting the rapid growth of export trade in Yiwu, and initiated a newmodel of internationalization for nationwide specialized wholesalemarkets.

30 years ago, with smallcommodities as its pivot, Yiwu levered the huge world market. Today, with e-commerceas its pivot, Yiwu market has grasped the opportunities brought by “Internet+” and continued to lead thetrend of online commodities. At present, pulled by the government and pushed bythe market, new business types like e-commerce springing up and becoming the “engine” for market innovative anddevelopment, transformation and upgrading.

Since 2006, the Ministry of Commerce has released Yiwu.China Commodity Index and the industrial standard of Code and Category of Commodities, which therefore helps Yiwu, “the Global Supermarket”, achieve the right to decide the price and standard of the commodities so as to realize tremendous advancement from exporting commodities to exporting standards regulations.
The international Trade Mart is China’s first AAAA national shopping and touring attraction that has attracted 10.8137 million visitors to tour and go shopping in Yiwu in the year of 2012. The mart is under regular supervision. As early as 2001, it has passed the ISO9001 certification, earlier than other wholesale markets, and it was honored as the market that “values quality and honors credit” by General Administration of Quality Inspection and Quarantine; and was also granted as the market “that honors contract and value credit”, “the model market of national credit supervision ” as well as other honorary titles.

Company is one of the leading companies in the field of Chinese trade. The company has always established a shared trading service platform with the aim of serving small and medium-sized enterprises around the world. Supported by the superior commercial environment of the Commodity City and the unique market resources, we focus on the development, management and service markets of the exclusive business, and vigorously develop e-commerce, big data, supply chain, finance, exhibition, tourism, real estate, hotels and other related industries, empowering the market ecosystem.

For any inquiry or need yiwu market guide or help from us, feel free to contact with us at :