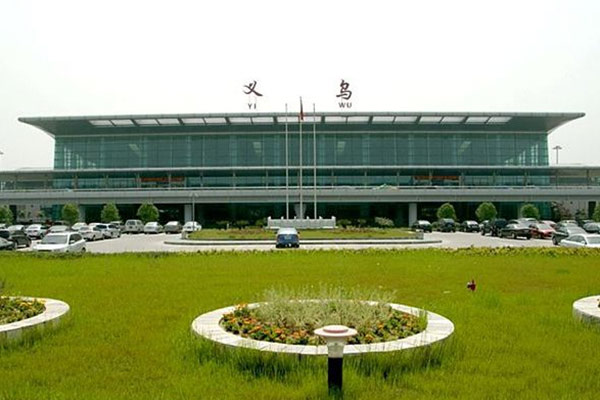 Yiwu Airport ( IATA : YIW; ICAO : ZSYW) is located in Yiwu City , Jinhua City, Zhejiang Province , China , 5.5 km from the city center. It is a 4D-class military-civilian transportation airport. It is the largest airport in the central and western regions of Zhejiang Province and the East China region. The first county-level civil aviation airport.

According to the information of the official website of the airport in April 2019, Yiwu Airport has two terminals, namely T1 (domestic China) and T2 (international and Hong Kong, Macao and Taiwan) totaling 3 million square meters; there is a runway with a runway length of 3,000 meters; There are 11 parking spaces  ; as of April 2019, a total of 19 routes have been opened, with 22 domestic and international navigation cities.