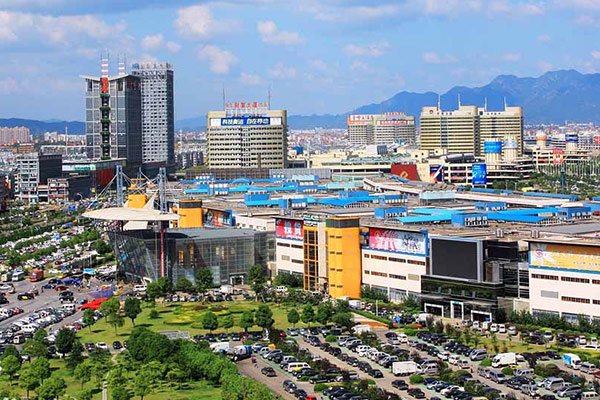 Yiwu is called “ Wuwu ”. It is a county-level city under the jurisdiction of Jinhua City, Zhejiang Province, China . Jinhua-Yiwu (Zhezhong) and Hangzhou (Zhebei), Ningbo (Zhedong) and Wenzhou (Zhejiang) are listed in the four regional centers of Zhejiang. The city is located in the central part of Zhejiang Province, in the eastern part of the Jinyu Basin. It is surrounded by mountains on the east, south and north sides. It is 58.15 kilometers long from north to south and 44.41 kilometers wide from east to west, with an area of ​​1105.46 square kilometers. By the end of 2016, the registered population of Yiwu was 953,312; the regional GDP was 111.81 billion yuan. He has successively published such ones as Luo Binwang , one of the “four masters of the early Tang Dynasty” , Zong Ze , the famous scholar of the Song Dynasty , Zhu Danxi , one of the four famous doctors of Jinyuan, Chen Wangdao , a modern educator , Feng Xuefeng , a literary theorist , and historian Wu Hao .

Yiwu is China’s first and only national comprehensive reform pilot in the county-level city. It has been awarded to China’s national health city , national environmental protection model city , China’s outstanding tourism city , national garden city, national forest city and Zhejiang civilization demonstration city. Honorary title. Yiwu International Trade City was awarded the first AAAA-level shopping and tourism area in China by the China National Tourism Administration . Yiwu is one of the six strong counties (cities) in mainland China. Its per capita income level and luxury car density rank first in mainland China. It is one of the richest regions in China. It was published in Forbes in 2013. China’s richest 10 county-level cities ranked the first. Yiwu is the world’s largest distribution center for small commodities, and has been identified as the world’s largest market by the international authorities such as the United Nations and the World Bank . Yiwu was listed as the first batch of national new urbanization comprehensive pilot areas. 2019 Top 100 counties in the national business environment. [1]