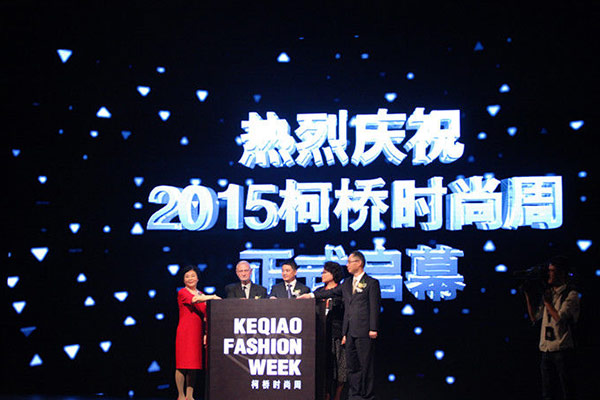 Shaoxing, a prefecture-level city in Zhejiang Province . Located in the north-central part of Zhejiang Province and the south bank of Hangzhou Bay , it is a cultural and eco-tourism city with the characteristics of Jiangnan Water Village [1]  , an important city in the Yangtze River Delta urban agglomeration , a core city in the Bay Area of ​​Hangzhou Bay [2]  , and a sub-center city of Hangzhou Metropolitan Area. [3]  . East of Ningbo City, south of Taizhou and Jinhua City , west of Hangzhou , north across the Qiantang River and Jiaxing sea, located at longitude 119 ° 53’03 “to 121 ° 13’38″, latitude 29 ° 13’35 “Between 30°17’30″, it belongs to the subtropical monsoon climate , warm and humid, with four distinct seasons. The city covers an area of ​​8274.79 square kilometers, with an east-west span of 130.68 kilometers and a north-south span of 119.83 kilometers [4]  . The city has a total area of ​​2942 square kilometers and a population of 5.01 million .

World Textile looks at China and China Textile is in Keqiao.

China Shaoxing Keqiao International Textile Expo is a textile professional exhibition approved by the State Council and supported by the Ministry of Commerce. Founded 20 years ago, Keqiao Textile Expo has become one of the three well-known fabric exhibitions in China, which is also known as the Shanghai Fabric Exhibition and the Canton Fair Fabric Exhibition. It is a perfect exhibition for textile companies and trading companies, buyers and professional visitors. platform.

Keqiao District of Shaoxing has the largest textile trading center in the world, China Textile City. China Textile City was founded in the 1980s. It has a market area of 3.65 million square meters, more than 22,000 textile enterprises, more than 5,000 textile trading companies , nearly 5,500 overseas resident buyers, and nearly 1,000 overseas representative offices. every day 10 Wan businessmen to this purchase textiles. A quarter of the world’s fabrics are traded every year, and nearly half of the country’s textile companies have established production and sales relationships. The annual turnover of the market group reached 100 billion yuan.

Keqiao Textile Expo, China’s only professional textile origin and textile distribution center exhibition, has been one of the most influential textile industry events in China with the most influential, professional, international and informational level in the past 19 years. Trading companies, for buyers and professional visitors to build a perfect display trading platform. “ 2017 China Keqiao International Textile Expo” adheres to the concept of “internationalization, branding and specialization”, and relies on the unique advantages of textile town in Keqiao District of Shaoxing City, relying on China Textile City as a global textile manufacturing center and The powerful platform of the Trade Center, which brings together professionals and high-quality surface accessories from various countries and regions around the world, is bound to become a major international event for the 2017 textile accessories.

Keqiao is located in the “Golden South Wing” of the Yangtze River Delta, which has the most densely populated population, the fastest economic development, and the strongest purchasing power in society. It is 20 kilometers away from Hangzhou Xiaoshan International Airport , 230 kilometers away from Shanghai Pudong International Airport and 150 kilometers away from Ningbo Port . Shanghai Hangyong and Hangjinyu Crossing the border, the 104 and 329 national highways traverse the whole territory, the geographical position is superior, the star-rated hotels gather, and the dining and accommodation facilities are complete.

In 2017, Shaoxing City confirmed that it will continue to retain the honorary title of National Civilized City . [7]  In 2017, China’s prefecture-level cities ranked 16th in the comprehensive well-off index [8]  . In December 2018, it was ranked 7th in the best prefecture-level city in mainland China and one of the 30 cities with the strongest innovation in China. Re-confirmation of national health cities (districts) in 2018. [9]  Shaoxing City is a pilot city for the construction of “no waste city”.